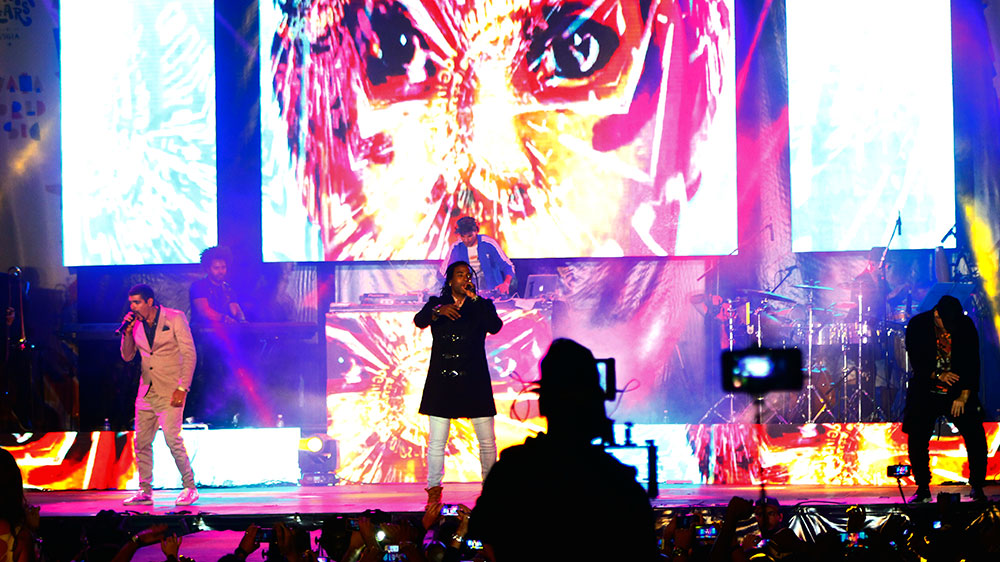 The Almendares Metropolitan Park of Havana opens its doors every year for the highly anticipated Havana World Music (HWM). No doubt, the event is one of the most popular and recognized festivals in Cuba right now. The spectacular occasion kick-started with two programs hosted by the Almendares, and lights were lit at full power, welcoming guests to the 5th edition of Havana World Music.

Since its debut in 2014, Havana World Music has been promoting the best of new contemporary music and featuring some of the youngest bands of Cuba today. If you were there — or better yet, joining us next year — you would notice how much it speaks of today’s Cuban musical scene. With the presence of foreign bands, the event not only showcases local talent but also a wide diversity of genres in their repertoire worldwide.

Havana World Music is a three-day music festival, where music lovers party and share recommendations. From March 22nd to 24th, Havana was fueled by music. In fact, the entire month was imbued with youth, applause and energy as the city gathered incredible vocals and talented musicians to perform. There were people from all over the world attending to this big party, and the Almendares Metropolitan Park was filled with good vibes. A unique show, Havana World Music is where storied tradition, folklore and true Cuban art intersect.

A collaboration between Cuban Music Institute and the National Center of Popular Music, Havana World Music was organized by the Cuban singer Eme Alfonso.

Some of the most prominent Cuban bands were, of course, in attendance. For instance, Interactivo, which is under the musical direction of the outstanding jazz player Robertico Carcasés. And to name a few other: Síntesis, Toques del Río and the Orishas, which is the most recognized hip-hop and rap band in Cuba. After nine years of being away from the music scene, The Orishas returned to the stages with some of their biggest hits.

The closing of Havana World Music was definitely the climax of the event, especially with the return of the Orishas. They sang many of their hits with open hearts, and the crowds were all thrilled to see their idols. There was also the exciting world premiere of the song Cuba Isla Bella, which gathered Cuban musicians such as Waldo Mendoza, Leoni Torres, Laritza Bacallao, Israel Rojas, Gente de Zona, Isaac Delgado and Decemer Bueno.

David Blanco, Haydée Milanés, Gretel Barreiro, the flamenco company Ecos, the Ojundegara group and the Australian band Lolo Lovina all made a special appearance at this exciting occasion. On top of that, many foreign artists and international bands also joined the party. This includes: Marinah, Ojos de Brujo (former member of the Catalan band), Henry Cole and Villa Locura, Swing Original Monks, The Chicken Brothers, the Morisca band, Open Mind and Bandera, Roi, Charlotte and Histeresis and the duo of African origin Gato Preto.

The Havana World Music is getting bigger and better year after year. It has evolved along with Cuban art. Every edition ignites the youth in every musician and creates a new crowd record. Offering the most authentic and heartfelt music festival in Cuban every year, Havana World Music is not just for Havana but the whole world to witness.